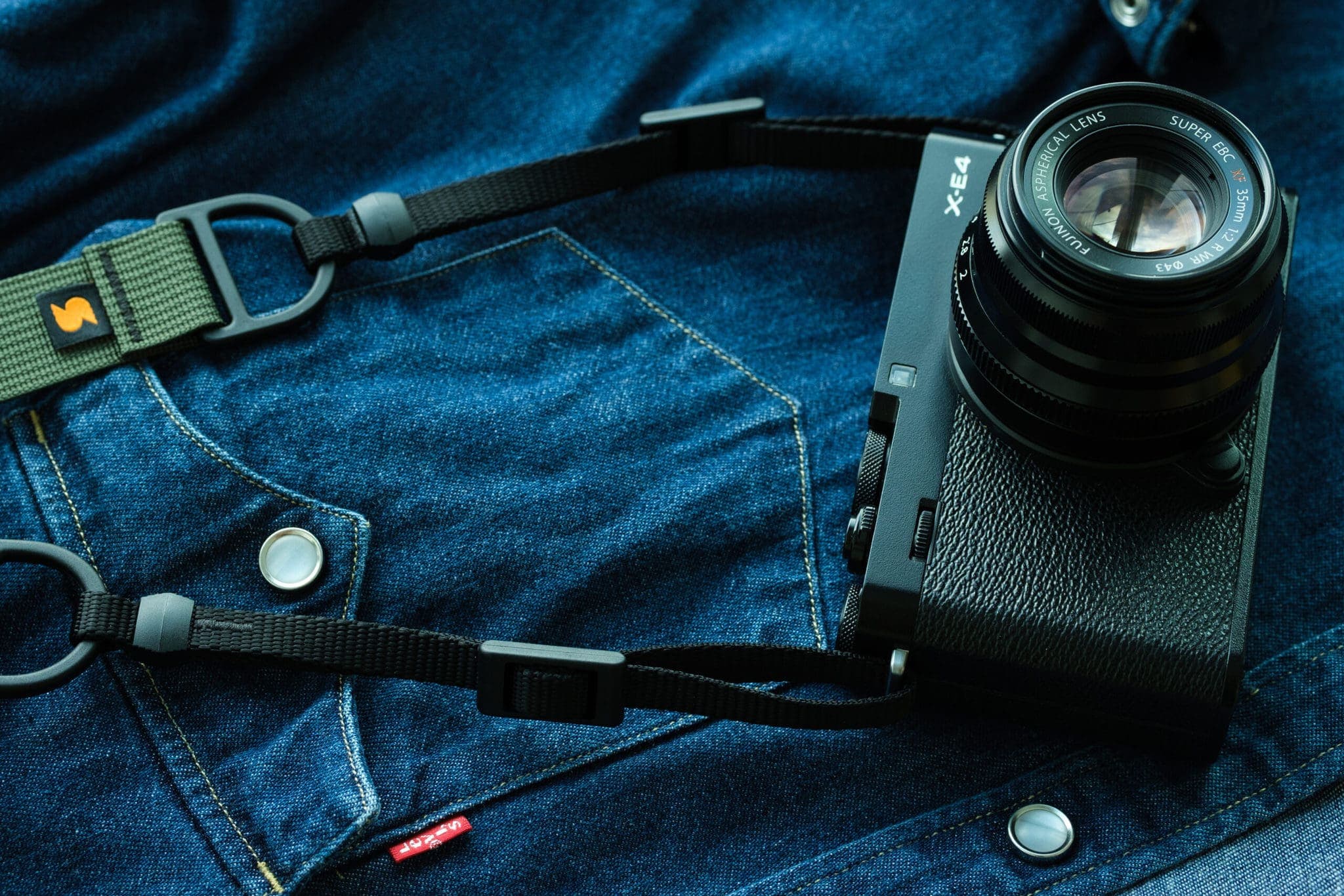 Amongst our camera-herd here at Simplr, is a staff-favorite Fuji X-E2s. To give a little context — it was acquired brand new in late 2016, before the widely-held expectation that every camera should do everything — meaning, photos and cinema quality video.

Even today, as a photo-making machine, the X-E2s is a tiny monster: superb quality images from a tiny, stealthy, unassuming little camera; good viewfinder; all the knobs, dials, and buttons anyone really needs; supreme versatility thanks to compatibility with all X-mount glass; even a built-in flash!

If you can’t make great images with the X-E2s, the problem isn’t the camera. However, the shortcoming that’s tough to ignore today is video (it’s got video, but there’s practically zero control, and it’s a veritable moiré and aliasing party).

The recently released Fujifilm X-E4 possesses most of what we loved about the X-E2s (yes, we’re aware there’s an X-E3 — but we have no experience with it), but with a few easily adaptable-to changes in control layout, and notably, no flash.

Just like the X-E series have always been stealthy photo-making machines, with the X-E4 we’ve now got a 4:2:2 10-bit DCI 4K 200Mbps stealthy video-making machine (sans F-Log). Video quality is excellent, and with the built-in Eterna (including the “bleach bypass” variant) and Classic Negative profiles, you’re unlikely to see any difference, compared to its larger brethren.

(So what are the advantages of the XF 27mm, which a lot of people plan on purchasing with their X-E4? None that we can surmise. Technically it’s fine … fast, sharp … but not wide enough to be wide, and not close enough to be intimate. Of course, opinions vary.)

If you never use the optical viewfinder of the X-Pro series, the X-E4 presents a very appealing lower-cost alternative. Especially considering that the EVF of the X-E4 sports a more comfortable eyepoint than the X-Pro’s EVF (which is how most people use their X-Pro). However, the X-E4 can’t hold a candle to the X-Pro3’s sexy solidity, weather sealing, and premium finishes.

Summary & The Elephant in the Room

The X-E4 can’t replace the X100V’s wider, creamier 23mm rendering, whisper-quiet shutter, or flash. Nor can it replace the X-T4’s F-Log and IBIS, which are fundamental to its video superiority.

What it can do, is almost everything the X-Pro3 can — but in a more compact, significantly less expensive package. If you don’t use the X-Pro’s optical viewfinder (as most X-Pro owners can attest, despite whatever their intentions were pre-purchase, 99% leave the EVF on 100% of the time) the X-E4 will do everything your X-Pro can — albeit without the weather sealing and premium finishes.

If you want X-Pro image quality and versatility, in a smaller body without the bling — and you don’t care about an optical viewfinder — the choice is clear: X-E4 is a stealthy and serious contender.

Strap attachment on the X-E4 is different than the other cameras compared above. Whereas the others have lug-mount attachment, the X-E4 requires flat-mount (our flat-mount F1 is a lightweight, versatile option):

What type of connector does my camera have?

Found on: any camera that came with triangular or round split rings; most Fujifilm; pro-level Nikon; Leica; Olympus; Sony; most vintage 35mm cameras; Also known as a “round” or “ring” mount.

Offer is subject to availability and may be changed or withdrawn at any time without prior notice. Taxes, shipping, and gift card purchases are excluded from discounts. Offers may not be combined with other offers, coupons or discounts and cannot be used for prior purchases. No rain checks. No price adjustments. No cash value. Not transferable.

Because we craft our own products, from materials made right here in the US, we don’t need to make thousands of camera straps at a time. With smaller production runs, comes the freedom to offer multiple colors!

To keep things fresh, we like to shake-up our colors from time to time. Yes, we’ll most likely have the strap you want in black … maybe one or two others — but when we sell out — we often don’t have any plans to make more in the foreseeable future. So if you see a color you like — grab it while we’ve got it! (yes, we’ve run out of black too)

Color is Not Just for Decoration

It has a very practical purpose as well. Picture this: You’re shooting an event with a typical two-camera setup — one body with a medium wide-angle lens, and one with a short telephoto. Put a different color strap on each camera to immediately know which is which (even while it’s still in your bag).